Top 3 Reasons to Try Coolsculpting® for the First Time

Coolsculpting® is one of the many non-surgical cosmetic procedures offered at Rejuve Med Spa. It’s classified as a fat reduction technique, helping to remove stubborn fat cells from specific areas of your body. While not a substitute for natural fat loss methods, Coolsculpting® is an effective method for getting rid of fat from places that seem to retain it no matter how hard you diet and exercise.

Many patients at Rejuve have never heard of Coolsculpting® before trying it. If you’re intrigued by this treatment, here are three reasons to give it a try:

Traditional fat reduction treatments involve a lot of invasive surgery. With Coolsculpting®, no surgery is required, and it is a non-invasive procedure. This makes it easier for you to handle, and you don’t have to worry about complications or a long recovery time.

The science behind Coolsculpting® is what makes it seriously impressive. In essence, bursts of coldness are applied to areas of your body, crystallizing the fat cells. Fat freezes at a much higher temperature than surrounding tissues, so other things like skin or organs aren’t affected. When the fat cells are cold enough to crystalize, they will die and be absorbed by your body. As such, Coolsculpting® literally helps you remove fat – permanently!

The effects of Coolsculpting® are impressive enough as they are. However, they’re even more impressive when you consider how long the results last. Because fat cells are destroyed, they can’t come back. They have been absorbed by the body and removed via the lymphatic system. As long as you maintain a healthy lifestyle and stay at the same weight, the results of Coolsculpting® will last. The only way to reverse the results is if you start to eat more and become inactive, causing new fat cells to develop.

Am I a Candidate for Coolsculpting®?

Good candidates for this treatment are healthy individuals with pockets of fat in stubborn areas that they can’t get rid of. This is not a fat loss method and isn’t suitable for people that are actively trying to lose weight. It is also not suitable if you suffer from any medical problems relating to coldness. The ideal candidate is someone within their ideal body weight that wants a non-surgical alternative to liposuction.

What are the Benefits of Coolsculpting®?

Coolsculpting® is a non-invasive treatment with minimal side effects, making it suitable for the vast majority of the population. It also works very quickly, with fat cells starting to be destroyed after one session. There’s no denying how effective it is as well – the proof is in the science, with fat cells being killed when exposed to a certain temperature.

Finally, Coolsculpting® will last for a lifetime if you let it. This means it can help you permanently get rid of pockets of fat that are knocking your confidence. You will be able to achieve the physique that your hard work and dedication deserves, without constantly focusing on one or two areas that keep retaining fat.

“So happy with my hyaluronic acid fillers for my lower face. I was so scared about looking unnatural but Jordan made me feel at ease and did an amazing job! It doesn’t look like I had anything done even though she smoothed out my laugh and marionette lines and lips. It just looks like I just had a lot of rest and a hydrating facial or great chemical peel but better. My husband couldn’t tell I had anything done, he just noticed my skin was smoother and younger looking. She even put filler to disguise a slight cleft in my chin, it looks so much better. So happy with results and wished I had done this sooner! Going to try cool sculpting probably next time. Highly recommend this place. They are professional, friendly, and know what they are doing.” *

Take the Next Step

Please fill out the form on this page to request an in-person consultation and one of our knowledgeable medical staff members at Rejuve Med-Spa will reach out to you promptly. You can also call our offices directly to schedule at (972) 265-1590.

By Rejuve Med-Spa|June 15th, 2021|CoolSculpting|Comments Off on Top 3 Reasons to Try Coolsculpting® for the First Time 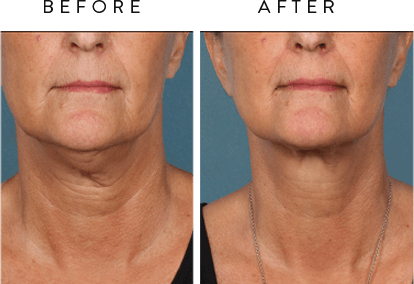 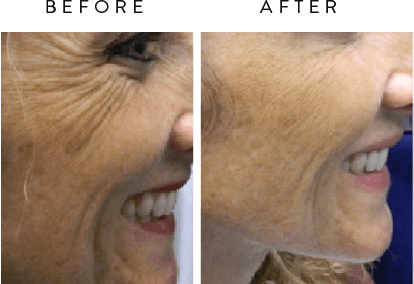